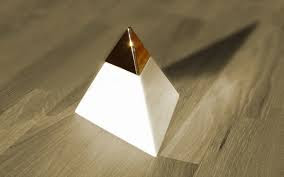 The Nigeria Society of Engineers (NSE) has conferred on LEADERSHIP Newspapers Group limited the 2016 edition of its Corporate Membership Award.

The honour was bestowed on the media organisation on Thursday night by the Deputy President of NSE, Engr. Adekunle Mokolu alongside Nigeria Television Authority (NTA) in Abuja on Friday.

The NSE said the ward conferred on the national daily was informed by its active role in coverage, propagating and uplifting of the activities of the engineering profession.

The Award/Dinner nite was part of activities lined up to mark the end of 2016 Engineering Week and Annual General Meeting (AGM) organised by the Nigeria Society of Engineers (NSE ), Abuja branch, with the theme, ‘Revamping the Nigerian Manufacturing Sector: Great Responsibility for Engineers’.

Receiving the award in Abuja yesterday, the Divisional Director of LEADERSHIP Hausa, Mallam Al-Amin Ciroma thanked the Society for the honour bestowed on LEADERSHIP Newspapers Group Limited, describing it as a well deserved honour.

He pledged the continued support of LEADERSHIP Newspapers Group Limited in

providing adequate publicity by covering and publisihing the activities of the Society.

In his address, the outgoing Chairman, Nigerian Society of Engineers (NSE), Abuja branch, Engr. Yakubu Ali Garba thanked the management of LEADERSHIP Newspapers Group Limited for the active coverage of events since its official visit to the paper’s headquarters in Abuja.

He maintained that he had uplifted the practice of engineering during his tenure as the chairman, even as he expressed optimism that his successor would leverage on his achievements.

Enumerating his achievements, the chairman emphasised that the immediate past Executive members visited Ministries, Department and Agencies to educate them on the need to accommodate more engineers in decision making.

He further stated that young engineers were trained on the rudiments of the professional body in line with global best practises during his tenure.

Garba said the president of NSE, Engr. Oliver Tagbo Anyaeji had instructed that a committee should be constituted to extract all the recommendations that was reached during the 2016 Engineering Week and annual general lecture and sent to the federal government for onward implementation.

He noted that they would also inform the federal government of the willingness of engineers to help in resolving some of the problems in the power sector, adding that the essence of the engineering week was to draw the attention of the public to the needs and plights of Nigerian engineer.