NASA Just Made All Its Research Free Online By Sophie Weiner 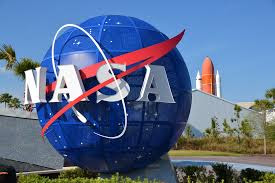 NASA announced at the weekend a massive new public project that will make all of its publicly funded research available online for free. A new portal, Pubspace, will host thousands of NASA research articles on topics like the toxicity of lunar dust or the make up of Earth's early atmosphere.

This resource appears three years after the White House Office of Science and Technology Policy directed NASA to share more of its research with the public. Before, most NASA papers were only available behind a paywall. The new policy requires any research funded by NASA to appear on Pubspace within a year.

Of course, there are exceptions. Research relating to national security or to patents is exempt from this new rule. But there are already 850 articles of fascinating discoveries up on the site for the taking, and that number will increase with time.

"Making our research data easier to access will greatly magnify the impact of our research," Ellen Stofan, NASA's Chief Scientist, said in a statement. "As scientists and engineers, we work by building upon a foundation laid by others."