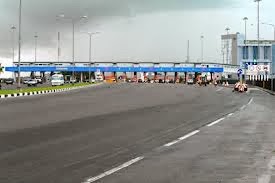 500 leading policy-makers, investors, developers, and infrastructure operators will gather in Brazzaville. The Forum will include global players like Robert Gumede, Founder and Owner of Guma Group (South Africa); Otavio Azvedo, President of Andrade Gutierrez (Brazil); Mario Pezzini, Director of the OECD Development Center (France), Tas Anvaripour, Director of AfDB’s Africa50 fund (Tunisia), Tewolde Gebremariam, CEO of Ethiopian Airlines (Ethiopia); and Cesare Trevisani, CEO of the Trevi Group (Italy), among many others.
The BUILD Africa Forum is delighted announce the participation of key speakers, who will share their experience in policy-making and speak to the power of infrastructure as a tool for growth and economic and social development.
President Vicente Fox, Former President of Mexico, 2000-2006.
•          President Fox is a visionary leader with a deep understanding of the economic and social challenges facing emerging economies, President Fox is one of the world’s most important voices on the contemporary geo-political landscape and the role of business in the developing world.
•          President Fox will share his experience in developing Mexico’s economy and industry and offer insights into the challenges and opportunities facing emerging economies.
Governor Sanusi Lamido Sanusi, Governor of the Central Bank of Nigeria.
•          Governor Sanusi was appointed Governor of the Nigerian Central Bank on the 3rd of June 2009. Less than 2 months after his appointment, Sanusi led Central Bank’s rescue Afribank, Intercontinental Bank, Union Bank, Oceanic Bank and Finbank. He has been recognised as Central Bank Governor of the Year for Africa. In 2011, TIME magazine recognized Sanusi as one of the 100 most influential people of year.
•          Governor Sanusi will offer insight into the possibility of an infrastructure bubble in Africa, considering whether it poses a real threat to the continent or is simply a groundless concern.
Dr. Xavier Sala-i-Martin, Professor of Economics at Columbia University, New York, USA & Chief Economic Advisor of the Center for Global Competitiveness and Performance at the World Economic Forum in Davos, Switzerland.
•          Professor Sala-i-Martin’s has spent his career teaching, researching world economics, and consulting with governments and international financial institutions. Besides his activities as Professor in the world’s most prestigious academic institutions (Columbia University, Yale University, Harvard University), he regularly advises the World Bank and the International Monetary Fund.
•          At the BUILD Africa Forum, Professor Sala-i-Martin will share his views on Africa’s economic environment, and investment climate, and offer decision makers wishing to do business in Africa insights on competitiveness and innovation.
The BUILD Africa Forum is organized in partnership with the AfDB’s Africa50 Fund and The World Bank. To view the full programme and list of global experts speaking at the forum, please visit:http://www.buildafricaforum.com