Showing posts from April, 2016
Show all

Learn How to Analyze Large Volume of Data and Make Powerful Presentation of Your Reports! 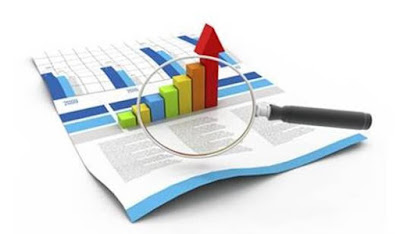 Another Excel Workshop Takes Place This May: Data Analysis & Reporting Using Excel on May 14 & 15, 2016 & Learn How to Analyze Large Volume of Data and Make Powerful Presentation of Your Reports!
We are Offering 30% Discount for the first 5 participants! Be early enough to reserve slots for you and your team or contact us to for group or corporate reservation

Microsoft Excel is the most commonly used spread sheet application in the world today. However, most users fail to harness the capabilities of this application in improving overall effectiveness. In fact, studies among regular excel users have shown that that at least 8 out of 10 of Excel's most powerful features are never used

MS Excel functions are now so valuable as they provide the tools needed to take full advantage of your data and resources! In Business and Finance, where time can be a vital factor and data analysis reigns, the most adept and efficient Excel User will always get the job done faster and bet…
Post a Comment
Read more 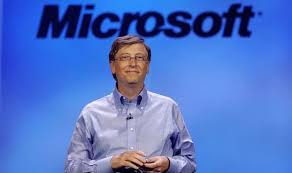 Former Senior Vice President At Microsoft Reveals Bill Gates’s Worst Decisions As CEO
A former Vice president and product manager at Microsoft, Brad Silverberg has revealed Bill Gates worst decisions as the CEO of one of the World’s most powerful company.

Brad Silverberg who is the Co-founder Fuel Capital and Partner at Ignition Partners also highlighted the best decisions of the world richest man as Chief Executive.

Writing on Quora, Brad explains;
“One of the things I learned at Microsoft is that being smart is not the same as being right. As smart as Bill and many of the people were, some bad decisions were made.

“Top of the list for me is that Bill did not engage – either himself or the company – in the political process early enough. When Microsoft’s competitors were effectively lobbying the government, Bill’s attitude was the government should just go away and leave Microsoft alone. In his view the company was competing hard but fairly; it was creating value for customers and th…
Post a Comment
Read more 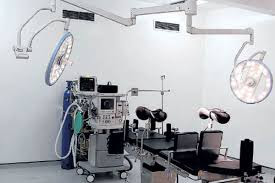 One of the biggest dilemmas facing a student at the time of choosing a career is whether to go for medicines or engineering. Though there are numerous other fields, but these two still occupy the top slot. Sometimes a student loves Physics Biology equally. He wants to continue both, but our education system forces him to decide between the two. However times have changed and thanks to interdisciplinary approach to science, a student can have the best of both subjects.

Combine any two extremely connected subjects and we have a new career. Opportunities are limitless and definitely these are the best times for a student.

Engineering applied to healthcare and medicines is emerging as a promising field with lot of scope for a student. It is an exciting field with an open room for creativity and opportunity to help the humanity too.

The field lays a comprehensive foundation of knowledge in engineering, physics, and computing as applied to medicine and medical science, a background to phys…
1 comment
Read more

TECHNICAL PAPER: ENERGY EFFICIENCY: A STRATEGY TOWARDS ENERGY USE IN NIGERIA 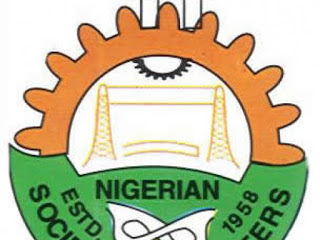 ENERGY EFFICIENCY:  A STRATEGY TOWARDS ENERGY USE IN NIGERIA BY Engr. AdesolaOluwagbenga OLADEJI B. Tech., M.ENG., MNIMechE, MNSE, MNIM, Regd. Engr. (COREN) A  PAPER PRESENTED TO THE NIGERIAN SOCIETY OF ENGINEERS (NSE),   OSOGBO BRACH Abstract Energy efficiency improvement is one of the key strategies to achieving greater sustainability of electricity in the energy sector. This can be accomplished with ambitious adoption of existing and new energy-efficient technologies, thereby promoting economic and infrastructural growth in Nigeria. Policies to promote energy efficiency are very important to overcome existing market barriers such as high initial investment costs, incentives, lack of information and ingrained habits of energy consumers and producers/consumersof manufactured goods. This paper examines the progress in the field of energy efficiency in the past years as well as the potential for further energy efficiency improvements for the coming years with the aim of sustaining our energy …
2 comments
Read more 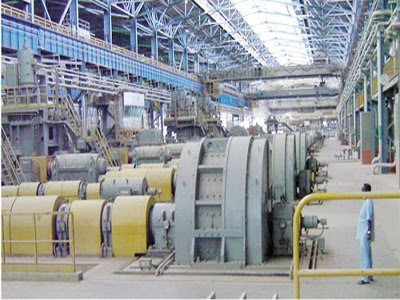 The Ajaokuta integrated steel complex was envisioned to serve as the “Bedrock of Nigeria’s industrialization. It consists of a Metallurgical Processing Plant and Engineering Complex with other auxiliaries and facilities required to process iron from its ore through the entire value chain to the downstream products required to feed the manufacturing industry of Nigeria and even beyond. Despite over two decades of abandonment, the complex still boast of state of the art townships, roads, bridges, power plants, air strip and standard rail tracks among many other facilities.

TyazhPromoExport (TPE) is the Russian company that designed and built the Ajaokuta Steel Company Limited (ASCL) up to 98 per cent as at October 1993 through an effort that engaged over 1000 Russian experts and 3,500 Nigerian without considering suppliers and employees of companies that sprang up to provide services to the construction company. The famous Russian company, who had built a reputation in constructing min…
1 comment
Read more

To keep its best employees, Google is starting an in-house startup incubator 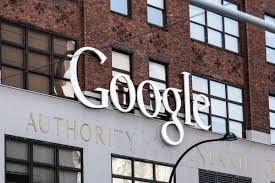 Google has a plan to retain some of its top talent. According to The Information, the company is looking into starting an in-house startup incubator. Known internally as "Area 120," the plan is to allow entrepreneurial Googlers and their teams to develop their ideas with Google's support and funding and potentially branch out with Google as an investor.

Executives Don Harrison and Bradley Horowitz will reportedly manage the incubator. Details on the effort are thin at the moment, but sources say teams will be able to work within the incubator full-time after drafting up a business plan. After several months (the timing is unclear), teams can strike out on their own as a whole new company.

According to The Information, Google hopes that the incubator could stem the flow of talent to competing companies. For instance, the company just lost Regina Dugan, the powerful former head of the Advanced Technologies and Projects group that developed tech like Project Tango, to Face…
Post a Comment
Read more

The report obtained at the weekend showed that Nigeria has open government data available on both health and education. This, the promoters of the initiative described as a good step forward for transparency and innovation in the country. They therefore stressed the need for more data to be opened to the public to allow citizens to access and analyse information for free, and find ways to improve policies that affect them.

According to the Web Foundation, open data will play a critical role in anti-corruption, adding that Nigeria must open data on procurement contracts, public spending, budget and company registers.

The report, which further stated that over half of countries studied now have open data initiatives, however noted that less than 10 per cent of the government data vital for…
Post a Comment
Read more 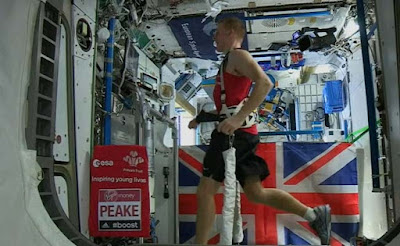 British astronaut Tim Peake became the first man to complete a marathon in space on Sunday, running the classic 26.2 mile distance while strapped to a treadmill aboard the International Space Station.

As part of the London Marathon, Britain's biggest mass participation race, the 44-year-old spaceman saw London's roads under his feet in real time on an iPad as, 250 miles below him, more than 37,000 runners simultaneously pounded the streets.

Peake covered the distance in three hours 35 minutes 21 seconds, which was a world away from the time recorded by the real race winner, Kenya's Eliud Kipchoge, whose 2:03:05 was the second fastest ever recorded.

Peake's zero gravity effort, while out of this world, was still more than a quarter of an hour slower than the 3:18:50 he had clocked on earth as a keen, ultra-fit fun runner back in 1999.

On a six-month stint on the ISS, the astronaut had been the official starter too, sending the runners a good luck video message from the…
Post a Comment
Read more

The Key to Success: Negotiating 101 For Engineers by Professor Lawrence Susskind 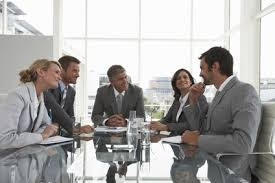 The importance of negotiating skills is often neglected in engineering training. Prof  Susskind, who teaches at MIT, explains why this is a mistake; and why it presents different problems from those engineers are used to
It’s one thing to come up with an innovative idea; it’s another to take that idea to market. Many engineers can conceive of promising inventions, produce a business plan and find interested investors. Trouble arises, though, when they have to negotiate on their own behalf. Negotiation requires specialised skills and knowledge; it’s not intuitive. Unfortunately, most engineers haven’t invested in acquiring the negotiating skills needed to bring an idea to market or to further innovative practices within an existing company.
Typical engineering logic can get in the way. I find that many inventors or innovators repeat the same mistakes when they negotiate with investors or potential partners. They assume they can convince the “other side” to do what they want by presenti…
Post a Comment
Read more
More posts