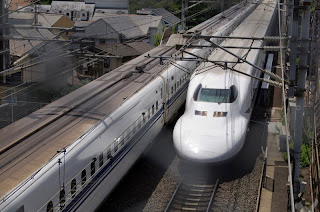 The management of Nigerian Railway Corporation (NRC) has reinstated its commitment to compensate those whose structures would be affected by the Lagos-Ibadan railway line.

The Chairman of the corporation board, Alhaji Usman Abubakar, stated this wednesday at the monthly routine meeting held in Lagos to monitor the progress of NRC activities and also to attend to challenges on the project.

According to him, “Things are going fairly well with our project but it’s an ongoing affair. The challenges have always remained, which boils down to access;

“There are some structures along the way, some bridges are too low or they have to go. These are the challenges but they are challenges on all projects built in urban areas.

“For those whose structures would be affected in the project, our consultants are working to determine appropriate compensation, for those whose structures have to come down, they are already going about it and people are being paid depending on how far the consultants are able to finish the work. So It is an ongoing work.”
He further noted that all the obstacles facing the rail project are being attended to as hard as they come “because we are very anxious of meeting the 2018 deadline.”

Speaking further on the percentage of work carried out, Abubakar who also represented the Minister of Transportation, Rotimi Amaechi, said we have put our consultant to evaluate the report given to us but it is sectorial, adding that “in some sectors, it is 100 per cent achievement, while in others, it is one per cent, two per cent, but the overall achievement would have to wait until our consultants look at the documents and come to an agreement on the achievement.”

The board chairman recalled that in the last meeting, the minister of transportation said President Muhammadu Buhari had approved projects of about 10 in number but when such projects are approved, there is need to source for funds for them.

“We are talking to people who are ready to provide loan for us to carry out the projects. We are committed to delivering the project to ease the suffering of Nigerians. Also, the president has given us a matching order to put in our best to make sure that a lot of works are done effectively in the railway sector,” he added.

Abubakar noted that all the agencies represented at the meeting which included NRC, consultant team; construction team, CECCE, Lagos State Government, LAMATA, as well as Oyo and Ogun States Governments are all putting heads together to meet the deadline