THE MORAL AUTHORITY OF ENGINEERS BY QUINTUS POTGIETER 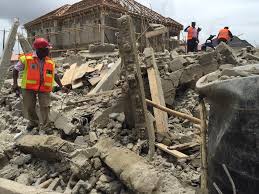 Marc Edwards is a Professor of Civil and Environmental Engineering at the College of Engineering at Virginia Tech. He is not only an engineer – he is also a whistleblower. Along with citizen scientists and concerned residents, Edwards exposed the Flint Water Crisis which began in 2014 and persists today.

Edwards blew the whistle on the ill practices of entities working to intentionally cut corners in the water infrastructure of Flint, Michigan, and the United States as a whole.

A keen studier of America’s aging infrastructure, Edwards pulled the veil back on ‘scientific misconduct’ of the Environmental Protection Agency and the Centers for Disease Control and Prevention, dating as far back as 2001. He put together a report named: ‘A Public Health Tragedy: How Flawed CDC Data and Faulty Assumptions Endangered Children’s Health in the Nation’s Capital.”

The situation was made more dire due to the fact that the water was being distributed through old lead pipes. The water had purportedly transgressed the Safe Drinking Water Act four times.
Flint’s treatment plant purportedly never used vital chemical treatments to the water to prevent the corrosion of pipes – pipes that when corroded, released lead into the water supply.

Edwards testified to the American Congress, accusing the Environmental Protection Agency (EPA) of willful blindness to the pleas of inhabitants involved in the man-made disaster. He accused them of being unrepentant and unable to learn from their mistakes. Through his studies, he demonstrated that the EPA’s malfeasance stemmed from 2001 all the way through to 2016.

“I guess being a government agency means you never have to say sorry,” Edwards said in his testimony. He believed that the Flint Water Crisis showed that there could be a dark side to science, engineering and academia.

Edwards explains that the installation of lead pipes into U.S. water infrastructure was a disaster and tragedy that reached its pinnacle in 2000 to 2004 when high miscarriage rates and high fetal death rates spiked due to mother’s drinking water fed from lead pipes.

Even the Roman engineers knew not to use lead and water in the same system due to the effects it had on the health of human beings – and that was as far back as the 1st Century BC.

In February of 2016, in Flint, Michigan, it was revealed that the lead levels were 900 times of what they should be according to limits set by the Environmental Protection Agency.

Engineers should strive to operate in an ethical manner, thereby becoming the moral authority in the particular discipline they have been placed in. Moral authority is defined as the quality or characteristic of a person, institution, or written work that is respected for having good character or knowledge, especially as a source of guidance or an exemplar of proper conduct.

In a bid to eliminate the chance of any ethical or moral mistakes in the field of engineering, societies had to be established in the 19th Century. The intention to be as professional as possible and to abide to lists of ethical principles. Engineers decided to ‘walk the talk’ of the engineering profession.

The American Society of Civil Engineers’ golden rule for example, sets out the ethical rule-of-thumb that all engineers should adhere to:

“Engineers shall hold paramount the safety, health and welfare of the public and shall strive to comply with the principles of sustainable development in the performance of their professional duties. “

“Members of the ICE should always be aware of their overriding responsibility to the public good. A member’s obligation to the client can never override this, and members of the ICE should not enter undertakings which compromise this responsibility. The ‘public good’ encompasses care and respect for the environment, and for humanity’s cultural, historical and archaeological heritage, as well as the primary responsibility members have to protect the health and wellbeing of present and future generations.”

However, around the world, from the governmental to the training levels of engineering, there have been some unethical practices that have continued to manifest and snowballed into tragic events.

Thus, when an engineer notices the abuses of governmental or engineering corporations that transgress the ethical and moral principles that engineers should adhere to, blowing the whistle like Marc Edwards, could bring the profession back to the fact that they should “hold paramount the safety, health and welfare of the public.”