FG Should Listen to ASUP by Moses Ukagba 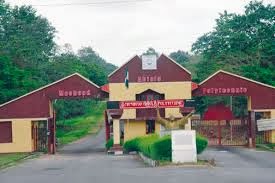 I want use this medium to call on all concern especially the Ministry of Education, Ministry of Finance and Ministry of Labour to please and please look into the agitation of ASUP members.

It will be recall that ASUP members i.e Academic Staff Union Of Polytechnic have been on strike for more than 3 months now. This have result to the halt of all academic activities in most of our Nation Polytechnic.
The lecturers have been on strike demanding among others better working condition, infrastructure improvement, and an end to discrimination of polytechnic graduates.

One begins to wonder where this discrimination between the HND and Bsc holders originated from?
Before one becomes a HND graduate, such an individual must have spend at least five years irrespective of the course of study. Whereas in the universities, they are many courses that are done within the duration of four years.

In most instance, the HND holder is far better than the Bsc holder. Because as an HND holder, you are expose to both technical and theoretical aspects of education. Many employers of labour will posit to this.
The amazing thing is that, most western countries, including USA and UK regard our HND and Bsc holders as the same entity. No wonder if as a HND holder, you want to further your education abroad, you don't need to go through any PGD. They will give you admission to study your Masters direct. But the reverse is the case here in Nigeria. As a Distinction graduate from the Polytechnic, and you want to further your studies here in Nigeria, most universities will still require you go through PGD before furthering.

Some months ago, I read about a Yaba Tech. HND graduate call Iziren Akhigbe who went to University of Lagos after his NYSC and instead of applying for PGD as usual, he opted for direct entry to study Mechanical Engineering.

After three years he was able to mesmerize all the best students in University of Lagos and all the Professors they had and graduate with the best result ever produce in the more than five decades history of Uni Lag. He graduated with a CGPA of 4.98 out of 5 points.

When ask why he still have to go back to the university after his HND and NYSC? He said that "he don't want to be discriminated against while trying to reach the pick of his career".

His case is not an isolated one, because I have come across many people who went back to the university after spending five years trying to obtain their HND certificates. And in all the instances, the list grade of result they usually graduate with is an Upper credit ie 2-1.

No wonder the former Minister of Education Mrs Obiageli Ezekwesili, saw the important of Polytechnic Education, and the unnecessary discrimination of HND holders, she started the process of harmonizing the HND and Bsc certificate, but due to some bureaucratic process and the short time she had while as a Minister of Education, she couldn't complete the historic work she started. One could have taught that the next administration will continue from where she stop, but as it is a usual phenomenon here in Nigeria, were every new government sees the works of her predecessor as a threat, that historic good work she started was send to the recycle bin waiting to be reinstall.

I personally have work with many folks who happen to study the same course with me, and to be candid, even the excellent Bsc holder could not withstand my level of productivity.

The governor is undoubtedly one of the most performing if not the best governor in Nigeria today. If any one doubt me, such an individual should please visit kano and see the wonders this HND holder is doing.
Time will fail me to write about Joshua Dariye, Adams Oshiomole, Engineer Rauf Aregbesola, Adamu Aleiro, Abdulsalam Abubakar, Mrs Titi Atiku etc.

If we really want to become a Technologically advance country, the federal government have to stop playing lip service with our polytechnic system of education.

Some time our politicians don't know how to play to the gallery. This current Administration can easily use this process to complement it transformation agender and to gain some popularity among millions of HND holders and Polytechnic students.

Let me also plead with the ASUP members and all stakeholders involve in this timely revolution, that you don't just sit down in your comfort zone and expect miracle to happen. The only language most governments around the world especially in Africa understand this days is the language of "PROPAGANDA". Your people should borrow a leaf from ASUU members.

What made FG listen to ASUU agitation after many months was the propaganda tactic they employ. They are many media houses whom are willing to help you people in propagating your agitation, but until you people approach them, little or nothing will be said about this good fight you people are fighting.

The candid truth is that, it's high time this DISCRIMINATION against the HND holders and Polytechnic system of Education Stop