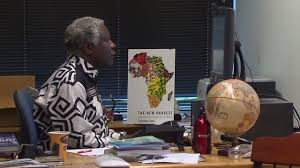 African universities perform poorly in international rankings. In one ranking, only 10 of the world’s 1,000 top universities are in Africa. In another survey, South Africa has eight of the top 10 universities in sub-Saharan Africa.

To respond to this overwhelming imbalance it has even been suggested that different criteria be used to rank African universities.

The challenge for Africa is not how they rank internationally, but how they meet local needs.

Africa’s higher education crisis is partly rooted in the colonial separation between research and teaching. Universities teach but they have little support or incentives to do research. This means that every successive generation of students is taught using stale knowledge that is hardly relevant for to contemporary needs.

In today’s world knowledge is becoming obsolete much faster and professors who do not upgrade their knowledge through research struggle to keep up, even with their own students. The outcome of such a system is a steady decline in the quality of university teaching and loss of confidence in higher education in general.

Separately, African countries have national institutes that conduct research but do not teach. Many of them undertake world-class research in fields such as agriculture, health and forestry but that knowledge hardly diffuses into the economy. This is mainly because they do not have students who are usually the vectors for bringing knowledge from such institutes to society.

In addition, government research institutes struggle to commercialize the results of their research but are hampered by the absence of students who create start-ups. The bulk of the start-up movement in Africa is occurring in technology hubs that are not directly connected to universities or research institutes.

Under this common scenario, much of the knowledge that is transmitted to society through university graduates is outdated. And up to date knowledge created in research institutes is bottled up because of the lack of connection with young people.

The outcomes are stunted economies that lack the requisite technological dynamism, except in a few accidental cases. No incremental policy or legal reforms will change this system.

In fact, there has been considerable inertia and resistance to improvement. As I argue in my new book, Innovation and Its Enemies: Why People Resist New Technologies, proposals that seek to change the historical identity of communities—in this case academics—are likely to encounter stiff resistance. And they do.

University presidents who have sought to reform existing universities will testify to the enormity of the challenge. It is often easier to start from scratch than to reform old institutions, especially those existence is an expression of historical DNA as embodied in African higher education laws.

There are, however, opportunities that make the need to fresh beginnings possible and desirable. The first is numbers. The African higher education sector is growing and therefore there is room to explore different university models.

Second is diversity of needs. As African societies become more complex they demand equally diversified human capabilities. The first generation of African universities were designed largely to feed the public sector. Today the challenge is to grow the private sector through entrepreneurship and innovation.

One way to meet the demand is create a new generation of graduate-level innovation universities by adding a teaching mission to research institutes. This would preserve the missions of existing universities but create avenues of institutional innovation.

But doing so will require adjustments in existing laws and policies to create space for the creation of such universities.

There are many examples of African universities that have demonstrated leadership in innovation and entrepreneurship. For example, Stellenbosch University in South Africa was one of the first higher education institutions in the developing world to build and launch a satellite. They did not partly to training young people who are capable of working in the private sector.

The university has advanced this mission by creating the Nairobi Industrial and Technology Park.

Many major ministries in Africa have technical training and research institute that can be upgraded to innovation universities. The task of making this happen falls on ministries or commissions of higher education which can act as midwives and help create such universities in line ministries responsible for strategic sectors such as agriculture, health, industry, communications and environment. They can be funded through the capacity development budgets of the ministries.

Such reforms need to be undertaken in the context of long-term economic transformation strategies. Ad hoc reform efforts that only focus on universities will achieve little. In fact, such efforts have been widely tried with little impact.

Seeking to improve Africa’s international university ranking is like trying to do better in a pageant competition while appearing in the same old dress. The time come to resign educational systems so that they can meet the needs of a more complex and dynamic world.

In today’s world knowledge is becoming obsolete much faster and professors who do not upgrade their knowledge through research struggle to keep up, even with their own students. One way to meet the demand is create a new generation of graduate-level innovation universities by adding a teaching mission to research institutes. This would preserve the missions of existing universities but create avenues of institutional innovation.

Professor Calestous Juma is Professor of the Practice of International Development at Harvard Kennedy School. His new book, Innovation and Its Enemies: Why People Resist New Technology, was published by Oxford University Press in July 2016. Twitter @Calestous